Everybody loves Cinderella, right? We also love cheering for the underdog.  And when the underdog gets to dance like Cinderella, the whole nation sits up and takes notice.

I’m talking, of course, about the history-making victory by the University of Maryland, Baltimore County Retrievers over the #1 ranked University of Virginia Cavaliers in the NCAA Men’s Basketball Tournament.

Even if you aren’t a sports fan, you probably heard about it.  The Retrievers, better known for their chess team and academics, became the first 16-seed team to beat a #1-seed team in the history of the men’s tournament.  (Some smarty-pants girls from Harvard were the first to do it in the women’s tournament two decades ago.)

But it wasn’t just the scrappy kids winning on the court who got everyone’s attention.  The UMBC Athletics Twitter feed won the internet with a sassy wit and an attitude big enough to match the moment.

The man behind the keyboard was Zach Seidel, a proud UMBC alum and director of multimedia communications and digital for the athletics department, and he was on fire.  He poked fun at the national media who gave them no chance to win, defended the school when their mascot was ridiculed (it’s the Chesapeake Bay Retriever, not a Golden Retriever) and showed the world the unbridled joy of doing the unexpected.

Zach wasn’t supposed to be on the keyboard that night, but at the last minute, his boss asked him to handle Twitter.  He obviously had spent enough time on Twitter before to be comfortable.  He knew the rhythm and conventions and how people use the platform to connect and communicate.  He was ready for his close up!

Twitter has a reputation of being a rough place and Christian communicators sometimes shy away.  But by spending enough time to become comfortable, you can bring a lot of light to a dark place.

Just as the game started, Seth Davis, a well-know TV sports journalist, marked Virginia as the winner on his bracket with a Sharpie.  That was the spark that set Zach on fire.  As UMBC took the lead, he continued to point out the score and that the game was not over yet.

Do you sometimes feel like your game is over before it starts?  Don’t let someone else define your outcome.  Own your message.  Stay true to your passion. Be confident in your calling.  That confidence will attract your audience.

In this article, Zach summed up what Twitter is all about.

The best Twitter accounts, the ones I see, are the ones that have a personality. … Answer people! Make some jokes! Have some fun! Twitter is a place where you interact, so have some interaction. People were coming at us jokingly, so I tweeted back at them jokingly. And that’s what got people to notice.

Now, snark and sass may not be your style.  Whatever feels natural to you, do it.  Get out there and interact.  Zach is right …. people will notice when you are available and approachable.

All during the game, old friends were texting Zach saying they knew it was him behind the Twitter account because it sounded just like him.  When the spotlight was on, Zach used his natural voice and was consistent with what he had been doing all along.

When we talk about being consistent on social media, we usually talk about showing up consistently.  But in this case, we mean being consistent and recognizable with the words you use.  When the people who see you everyday read your tweets, they should be able to hear you in their head, saying the same thing.

Even through the snark and the sass, the UMBC Twitter feed stayed friendly and generally consistent.  While there may have been some pointy shots aimed at others who were throwing shade at UMBC, Zach also gave respect where respect was due.  After trolling Seth Davis for fun several times, near the end of the night, he posted this:

The other thing that stood out to me was that Zach never promoted himself, but he constantly promoted the school.  While he had the world’s attention, he took the opportunity to share about the school’s academic success, their new athletic center, their admissions process and even the bookstore!

Being considerate on Twitter is all about putting others in front of yourself.

Do nothing out of selfish ambition or vain conceit. Rather, in humility value others above yourselves,  not looking to your own interests but each of you to the interests of the others. Philippians 2:3-4 (NIV)

And that’s one of the biggest things the UMBC Twitter guy did right … he put others in front of himself.

So if you have been afraid to enter the rough and tumble world of Twitter, put on your glass slippers and get out there.  Because U Must Be Cinderella!

It’s time to stop waiting for things to return to normal.

Let’s face it. “Normal” may never come back. THIS is normal, so we might as well move forward and start doing what God has called us to do.

In the Build A Better Year workshop, you’ll learn a flexible planning system that can adapt to whatever this version of normal throws at us. You’ll set goals and make plans based on the here and now, not what used to be.

It’s a chance to re-set your expectations and embrace new opportunities. Join us for this interactive workshop and get ready for next year to be better than this year. Check out the virtual and in-person options. 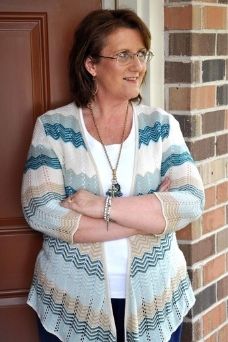